What happened last year in August? The Netherlands, Germany, England, France, Poland, New Zealand, Canada, the United States and Denmark were represented when 25 butchers, educators, activists and designers met to write  a  manifesto for the craft of butchery at the People’s Food House in August 2016.

At the Butcher’s Manifesto event, we were able to put together and agree on a shared platform for talking about our profession. We established a network and laid the groundwork for international collaboration, because we saw that the butcher’s trade is under pressure throughout the world. We also made the first moves towards establishing a new master’s program and touched on ideas for scholarships and rotation schemes for newly trained butchers among the member countries. It was great to experience the high level of professional pride in the group. 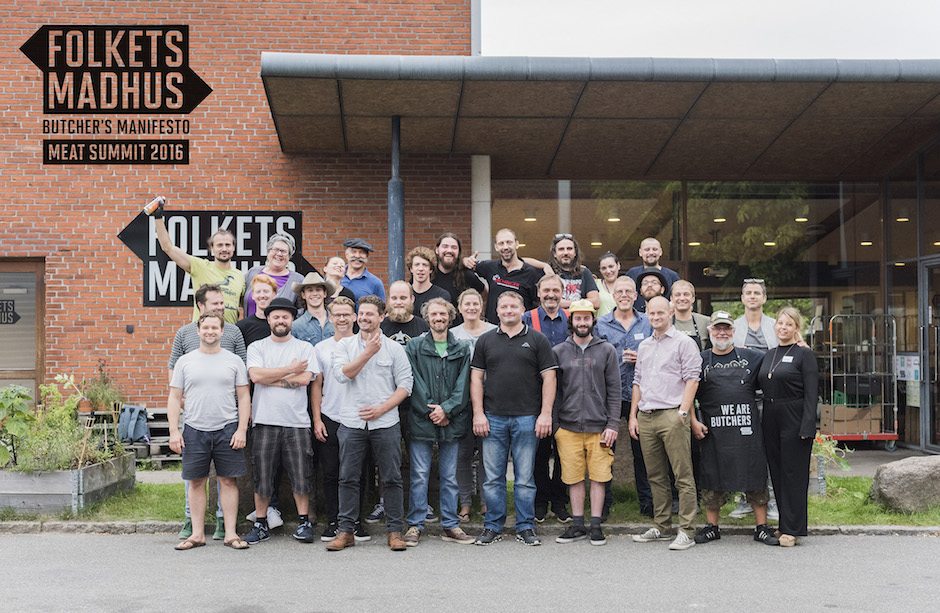 the crowd from the signing 2016